Of the ukiyo-e schools, the Torii school has continued the longest. It has specialized in billboards for Kabuki theatres and retained its style of painting to this day. The Utagawa school, however, expanded more than the Torii school, and became a very large school, claiming most of the artists in the latter half of the period of ukiyo-e. This is because the Utagawa school turned out one talented artist after another to take the lead in every field of ukiyo-e; established a relationship between master and pupil closer than had existed previously, and systematized training and succession in its own way, making particularly strict regulations for succession; it also had close connections with theatrical people, writers and publishers and was good at advertising. However, after the Utagawa school had grown larger, its pupils merely imitated the established style of the school, with the exception of such pioneers as Kuniyoshi in musha-e (pictures of historical warriors), and Hiroshige in landscapes, and Kunisada, who, like Rubens, illustrated a number of pictures of full-figures beautiful women. In the last period of ukiyo-e, artists belonging to the Utagawa school almost completely dominated the ukiyo-e world, but they lacked the spirit of the painter and did not produce any works which could be called masterpieces. (Ref. Neuer, Roni and Herbert Liberston. Ukiyo-e: 250 Years of Japanese Art. New York City, NY: Mayflower Books, 1979 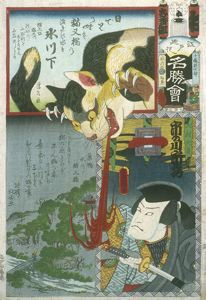 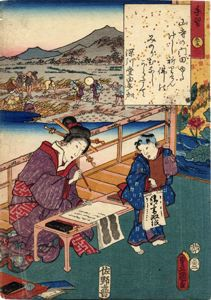 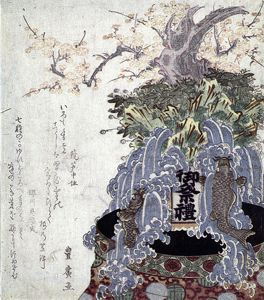 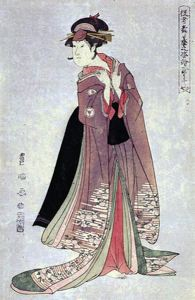 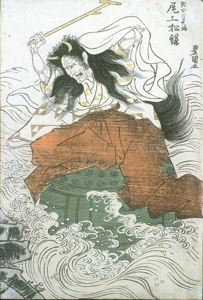 Dojoji; Shiroku as the Spirit of a Jealous Woman 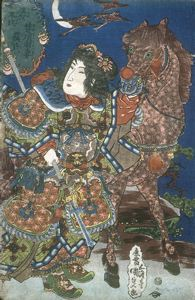 The War Story of The States of Han and Chu: Yuzhi; Wife of Xiangyu of Chu 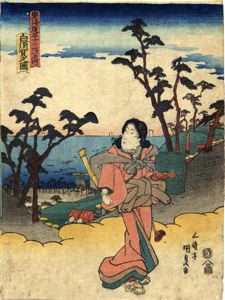 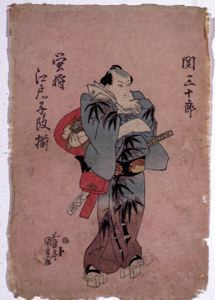 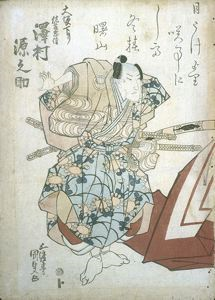 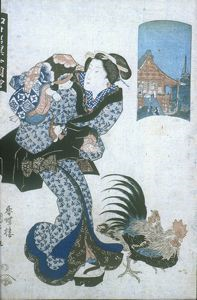 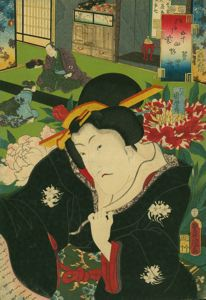 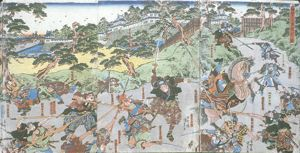 The Scene of the Vengeance at Ueno, Iga

Your current search criteria is: Portfolio is "Utagawa School".