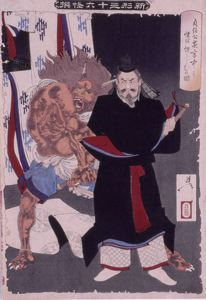 Full Title: New Forms of Thirty-six Ghosts: Sadanobu Threatening a Demon in the Palace at Night