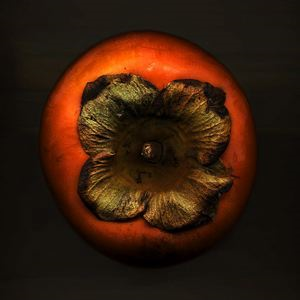 Note: The origial digital image was created in 2005, and this unnumbered print was printed in 2013.


Marks
Verso: In pencil, Persimmon #1, artist's signature, copyright symbol, 2013
Medium
flatbed scanner camera-less archival inkjet prints on 17" x 20" Canson Infinity Baryta Photographique
Keywords Click a term to view the records with the same keyword
This object has the following keywords:
Fruit and Vegetables, Museum Project, Plants (flora), Still-Lifes
Portfolio List Click a portfolio name to view all the objects in that portfolio
This object is a member of the following portfolios: