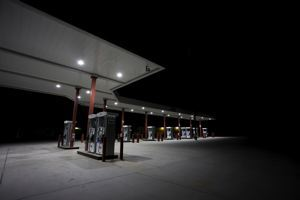 Medium
Digital print made from drum scanned film negatives on archival 13" x 19" Ilford Galerie Gold Fibre Silk paper stock.
Keywords Click a term to view the records with the same keyword
This object has the following keywords:
Architecture, Cityscapes, Museum Project, Transportation
Portfolio List Click a portfolio name to view all the objects in that portfolio
This object is a member of the following portfolios:

Your current search criteria is: Objects is "Ventura".