The Seven Gods of Good Fortune Having a Drinking Party 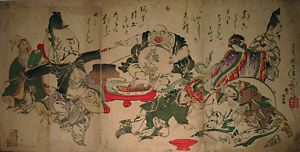 Your current search criteria is: Objects is "The Seven Gods of Good Fortune Having a Drinking Party".