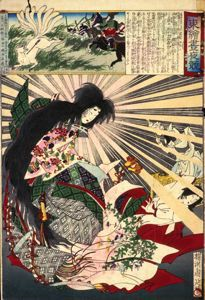 Your current search criteria is: Objects is "Eastern Brocades: No. 4 Lady Tamamo".