Toki Motosada, Hurling a Demon King to the Ground at Mount Inahana 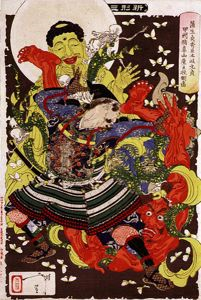 Your current search criteria is: Objects is "Toki Motosada, Hurling a Demon King to the Ground at Mount Inahana".