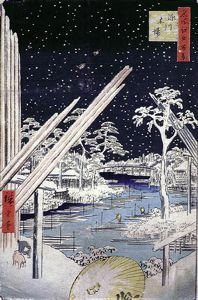 Your current search criteria is: Objects is "One Hundred Famous Views of Edo: 106, Fukagawa Lumberyards".