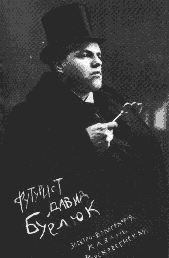 David Davidovich Burliuk
Russian American Modern Painter
Russian American, (active 1882–post-1962)
David Burliuk is the father of Russian Futurism and one of the founders of the Cubo-Futurist movement in France and Germany (Der Blaue Reiter) in 1910. Born in Russia in 1882, David Davidovich Burliuk was a prolific painter as well as a poet, author, and a great promoter of modern art. He was well educated, proficient in French, German, and to some extent Greek, and was exposed to the great poets, painters, and writers of the time. Thus, from an early age Burliuk cultivated his intellectual interests which set the stage for all his future endeavors encompassing multiple artistic media. His artistic education led him to Paris and to Germany and finally back to Russia, where he concluded his studies in 1913. At that time, Burliuk was expelled from the Moscow Institute of Painting, Sculpture, and Architecture. The political turmoil within Russia following World War I forced Burliuk to emigrate to New York City by way of Japan and Canada in 1922. Throughout his career as an artist and intellectual Burliuk continued to paint a variety of subjects from abstract works to landscapes.

Burliuk's ideas about the future of the arts and, consequently, the promotion of new artistic thoughts began to coalesce in 1911 when he was introduced to Benedikt Livshits. In his book The One and a Half-Eyed Archer, Livshits explains the ambitions of the new intellectual movement, "it was...a new philosophy of art, a heroic-aesthetics which overthrew all the established canons of art and revealed distances which took my breath away." From this early association with friends such as Vladimir Mayakovsky and Livshits, Burliuk became a part of some of the most significant ideas of the Russian literary movement, many of whom were portrayed by Burliuk.

Burliuk painted his first portrait early in his career in the United States on account of his contact with Robert Chandler, a promoter of the modern art movement in the United States. Two of the most consistent characteristics of all Burliuk's works are his extreme interest in the act of painting and his assimilation of various styles from other artistic movements. He applied paint in thick impasto, often applying it directly to the canvas, either from the tube or with the palette knife. David Burliuk worked in a "kaleidoscope" of styles, and had an interest in color that resembles the palette of the Expressionist painters of the early twentieth century.

As an artist, Burliuk was extremely aware of his audience and adjusted his style to meet the demand of the viewer. Burliuk toured Australia in 1962 and is quoted in a newspaper article, "These are the paintings people buy, so I do plenty of them." Yet these paintings also have a complex origin in Burliuk's artistic process. The unique blend of contemporary artistic styles such as Surrealism and Expressionism broke down the traditional portrait and required an individual versed in twentieth-century art to understand the significance each movement referenced has had on subsequent styles.

Your current search criteria is: Artist is "David Davidovich Burliuk".