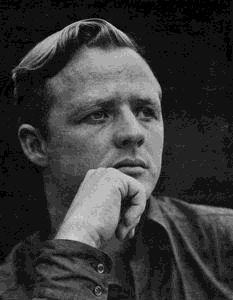 Millard Owen Sheets
20th century California School Painter, muralist, teacher
American, (1907–1989)
b. June 24, 1907 in Pomona, CA; d. 1989 in California.
Born raised and educated in Southern California. Studied at the Chouinard Art Institute (B.A.) and at Otis (M.F.A.). Member of the executive committee that ran the local PWAP (first New Deal art project). One of the fifteen artists chosen nationally to paint murals in the Department of the Interior in Washington, D.C. During World War II he was made a war artist in India and Burma for "Life" magazine. From the late 1930's until 1955 he headed the art departments at Scripps College and the Claremont Graduate School. In 1953 he became the Director of the Otis Art Institute. While in this position he created a new official seal for the County of Los Angeles. For more than 27 years Sheets desgined buildings and artistic decoration for the Offices of Home Savings of America branches throughout California.

Your current search criteria is: Artist is "Millard Owen Sheets".