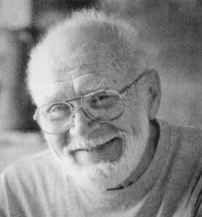 Warren MacKenzie
20th century Modern Ceramist
American, (active c. 1922–2018)
Warren MacKenzie was born in Stillwater, Minnesota. He trained as a painter at the Art Institute in Chicago in 1941, but his studies were interrupted by the war. He returned to school after the war, but the painting classes were full and he instead had to register for ceramics. He was further inspired by "A Potter's Book" by Bernard Leach, published in 1956, and ended up becoming a successful ceramic artist.


Warren MacKenzie Profile
âAs a functional potter, I make about 5,000 individual pieces of pottery every year.
To think of them as works of art is foolish, but I do hope that they communicate something of what I feel regarding personal expression in pottery.
My main interest is in the form, surface, and gesture of making. I am working with of the same elements that a painter or sculptor use but the results are completely different.
A potter first attracts the eye through form, color, textures, gesture, and possibly decorative devices.
Eventually, due to the nature of the work, such things as weight, balance, tactile reactions, and suitability to function begin to engage us.
Out of a kiln load of hundreds of pots, only a few reach out strongly to the user. Out of this small number, even fewer will continue to engage the senses after daily use. These seem to tap a source beyond the personal and deal with universal experience.
They are not necessarily amenable to intellectual analysis, and in fact that analysis can destroy a personâs real appreciation and understanding of a piece. Some pots just feel right, and a person who is open will know them. If given time to absorb the inner nature of the work and its maker, this person can share in the creative act that produced the piece.â
- Warren MacKenzie -

MacKenzie's defining moment leading to his life's work began while he was a student at The Art Institute of Chicago when he came across a simple and practical book on pottery written by renowned English potter Bernard Leach. MacKenzie became Leach's apprentice in 1950 and lived with Leach for two and a half years. Leach, who had learned pottery-making in Japan, filled his studio in England with Asian ceramics that included a number of works by Shoji Hamada, known as the father of Mashiko pottery. In this setting, MacKenzie was gradually influenced by the simplicity and subtlety of this functional mingei art, everyday ordinary art and crafts, many of which were made by unknown craftsmen.

Following his return to the United States, MacKenzie built his first kiln in Minnesota. "I was born and grew up in the Midwest. I felt that this was the area that understood the kind of pots I wanted to make," says MacKenzie. In the same year, he met Shoji Hamada and Muneyoshi Yanagi. Yanagi, founder of the Mingei Movement in Japan, was the first to recognize the beauty in the humble ceramics used by the general population throughout the Edo and Meiji periods. This type of mingei ceramic was rapidly disappearing in Japan's rapid move towards a more modern urbanization. Hamada and Yanagi's philosophy of the mingei aesthetic of traditional crafts where beauty arises from an object's utility was among the many things MacKenzie learned through his interchanges with them and led him to coin the term "Mingei-sota" to describe his own pottery style.

In addition to his work as a potter, MacKenzie also taught at the University of Minnesota. Through half a century of teaching, he instructed more than 3,000 students, passing his aesthetic and philosophy on to them.

Warren MacKenzie has been represented by countless galleries, art institutions and museums with over 100 solo exhibitions and over 170 group shows throughout the United States, Canada, Venezuela, Japan, Korea, Taiwan, United Kingdom, Finland, Sweden, other parts of Europe, Africa and South America. Permanent collections are held in museums such as the Mingei-kan (National Folk Art Museum) Tokyo, the Metropolitan, Smithsonian, Victoria and Albert, and many more.

Your current search criteria is: Artist is "Warren MacKenzie".