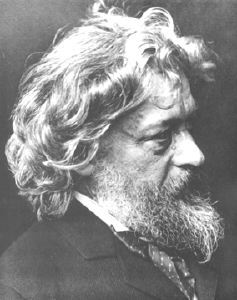 William Keith
Late 19th century Painter
American, (1839–1911)
William Keith was born in Scotland, and emigrated to the United States in 1850. He showed an early talent for art, and worked as an engraver for a magazine in New York, before moving West to California. After settling in San Francisco, Keith became a prolific and influential artist. He began his career on the West coast doing small jobs in an engraver's shop. He then received the commission for scenes of the countryside from the rail lines. His popularity reached its height during the 1870s, through his panoramic glorified landscapes of the High Sierras. His interest in the Sierras was fueled by his long hikes in the area with his close friend and fellow Scotsman, John Muir. His work was also influenced by the Hudson River School, the Barbizon, and Swedenborgianism. He opened his own studio in San Francisco and continued a sucessful career of oil painting.

The Heart of Oaks CUC11

Your current search criteria is: Artist is "William Keith".