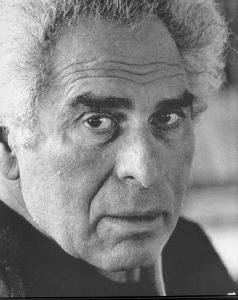 Chaim Gross
20th century Modern Sculptor
American, (1904–1991)
Though known primarily for his sculpture in wood, Chaim Gross also works in clay. Â He was born in Austria and studied at the Kunstgewerbeschule in Vienna before immigrating to the United States in 1921. Â In New York he studied modeling in clay at the Beaux-Arts Institute of Design with Elie Nadelman, who influenced him greatly. Â He also studied with Robert Laurent at the Art Students League for a short period.

Though he did some abstract pieces, his main interest throughout his career has been with the human figure. Â His work is outstanding, though often small in size, and is frequently playful. Â He did figures of acrobats, children, and circus performers, as well as pieces with religious themes.

Gross lived in New Â York, where he had a studio and taught at the Beaux-Arts Institute and at the Art School of the Brooklyn Museum of Art from 1942 to 1959. Â He received commissions from the United States Treasury Department, the Post Office Department, and the New York World's Fair of 1939, as well as for several synagogues, most notably the International Synagogue at Kennedy Airport in New York.

Your current search criteria is: Artist is "Chaim Gross".