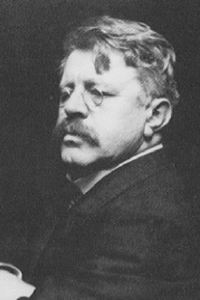 Frank Duveneck
19th century Early Modern Painter, printmaker
American, (1848–1919)
Duveneck was born in Kentucky, and began his career as a painter and sculptor, mainly decorating Catholic churches in Latrobe Pennsylvania in 1862. He studied at the Academy in Munich in 1870. In 1873 he returned to Cincinnati and began exhibiting. He started a painting school in Munich in 1878, and became interested in etching through his pupil there, Otto Bacher. He remained in Europe, mainly working as a printmaker, until 1890. After 1890 he returned to Cincinnati, where he taught at the Art Museum.

The Old Sea Captain YO13

Your current search criteria is: Artist is "Frank Duveneck".