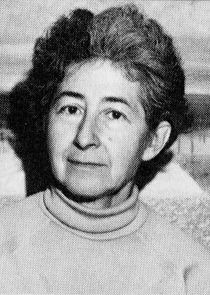 Ruth Duckworth
20th century Modern Ceramist
German, b. 1919
Ruth Duckworth was born in 1919 in Hamburg, Germany. She left Germany in 1936 due to the persecution her family faced there, and moved to England. She attended the Liverpool School of Art from 1936-40, the Hammersmith School of Art in 1955, and the Central School of Arts and Crafts from 1956-58. Her early work was solid and dense, while her post-therapy work later was more abstracted. Duckworth was among a new generation of artists to move away from the symmetrical, Japanese-inspired aesthetic of Bernard Leach popular in England, to embrace a more plastic, sculptural style. In the late 1950's she worked in porcelain, often unglazed, which reflected a human touch, coil or slab built and asymmetrical. Her work also reflected an interest in nature and animals. She came to the United States in 1964 as an artist in residence at the University of Chicago, and never left. Duckworth taught at Midway Studios and the School of the Art Institute of Chicago. She produced numerous public commissions of murals and ceramic sculpture.

Your current search criteria is: Artist is "Ruth Duckworth".