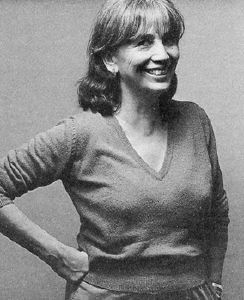 Dora DeLarios
20th century Contemporary Ceramist
American, b. c. 1941
DeLarios knew that she wanted to be an artist when she was just eight years old. Her 10th grade ceramics teacher at Dorsey High School in Los Angeles was the first to encourage Dora and recognize her talent. Awards earned in a national sculpture competition her ceramics teacher entered her in sent her to Cranbrook at the California School of Arts and Crafts in Oakland, but she declined due to distance and instead attended the University of Southern California on scholarship. There she took classes with Vivika and Otto Heino and Susan Peterson, and vacilated between the ceramics and sculpture departments. Dora De Larios received a B. A. in art from the University of Southern California.

In 1963 she was one of ten artists chosen to design for Interpace, an architectural tile manufacturer in Southern California. Architectural tiles were an important part of her work, and led to commissions for wall murals spanning the country. De Larios headed the "Irving Place Studio" group in Culver City, California, which consisted of her and four other female ceramic artists, in the 1960's and 1970's. She divided her time between sculpture and functional ware, with themes of animals and figures.

Along with production ware DeLarios works with slab or wheel-thrown forms re-shaped off the wheel, paddled and carved. Many of her works are Mexican in feeling, reflecting her cultural heritage and her many family trips to visit relatives in Mexico. She produces in her own studio, which maintains a communal artistic environment in which she produces 600-700 pots a year.

Your current search criteria is: Artist is "Dora DeLarios".